PGDM in Business Analytics: Everything You Need to Know 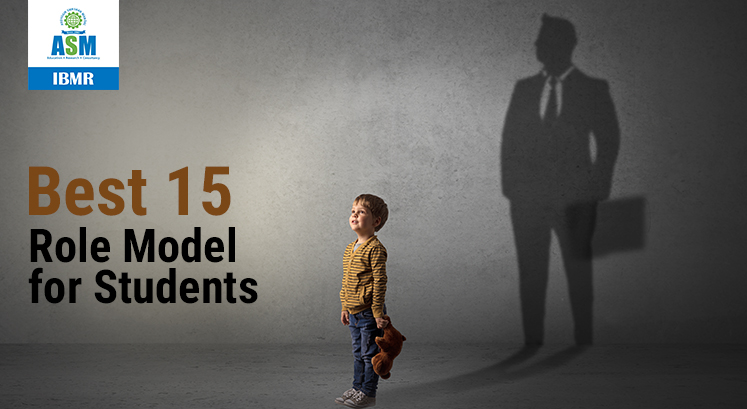 What Is A Role Model?

A role model is a successful person worth emulating in life. From your family members to famous personalities, these role models can be anyone. The only requirement is that they should inspire you to be a better human being, and do well in a certain field of expertise. It is good to have a role model because it gives people a path to follow.

In todays world, role models are even more important, especially for the youth to look up to. There are many reasons for that, and these reasons will be covered in the following blog. You will also get a close look at people who are good role models to follow as they have done well, and are still quite humble, and continue to be inspirational for millions around the world. You can get inspired by the role models given below or begin to search your role model.

Here are some amazing personalities from around the world that are worthy of being role models. They belong to various fields, and you can consider their work and their personal lives something worth knowing, understanding and emulating. 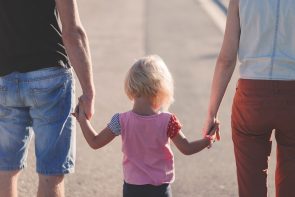 Why look far when you can get the right role model at home. Your parents may not show it, but they too must have been through struggles in their lives, be it personal or professional. Talk to your parents about their lives, their struggles, and their achievements. Youll be surprised at the inspirational stories they might be having hidden away. You can also look for role models in your other family members. It does not have to be your parents. It could be your grandparents, uncles, and aunts, etc. It’s always good to have a role model closer to home, along with a famous role model. 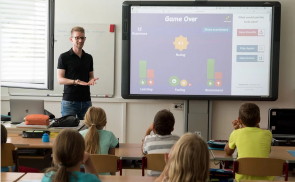 Many students are inspired by their teachers, and rightly so. Teachers are already in a position of authority and can inspire their students to follow their dreams and become good human beings. Some of the most famous role models you are going to read about were inspired by their teachers. Therefore, if you have a teacher who teaches you well, and always encourages you to do the right thing, you can make them your role model. 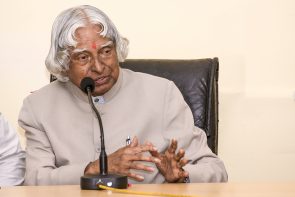 One of the greatest minds of this century, Dr. APJ Abdul Kalam is an inspiration for people of all generations. Born in a simple and poor, he became one of Indias greatest scientists through sheer will and hard work. He was the brains behind the Indian civilian space program that is considered one of the most advanced programs in the world. Though he is no more, he continues to be a role model for many students who want to become successful scientists and make their country proud. 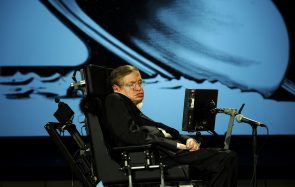 Hailed as the Albert Einstein of our generation, Dr. Stephen Hawking was a scientist par excellence. He was a theoretical physicist and cosmologist who inspired a whole generation of people to get into these fields. His life was also a miracle as he suffered from ALS. Most patients die within a few years, but Dr. Stephen Hawking lived a full life, up to the age of 76. His struggle against his disease and his brilliant work in theoretical physics make him an excellent role model. 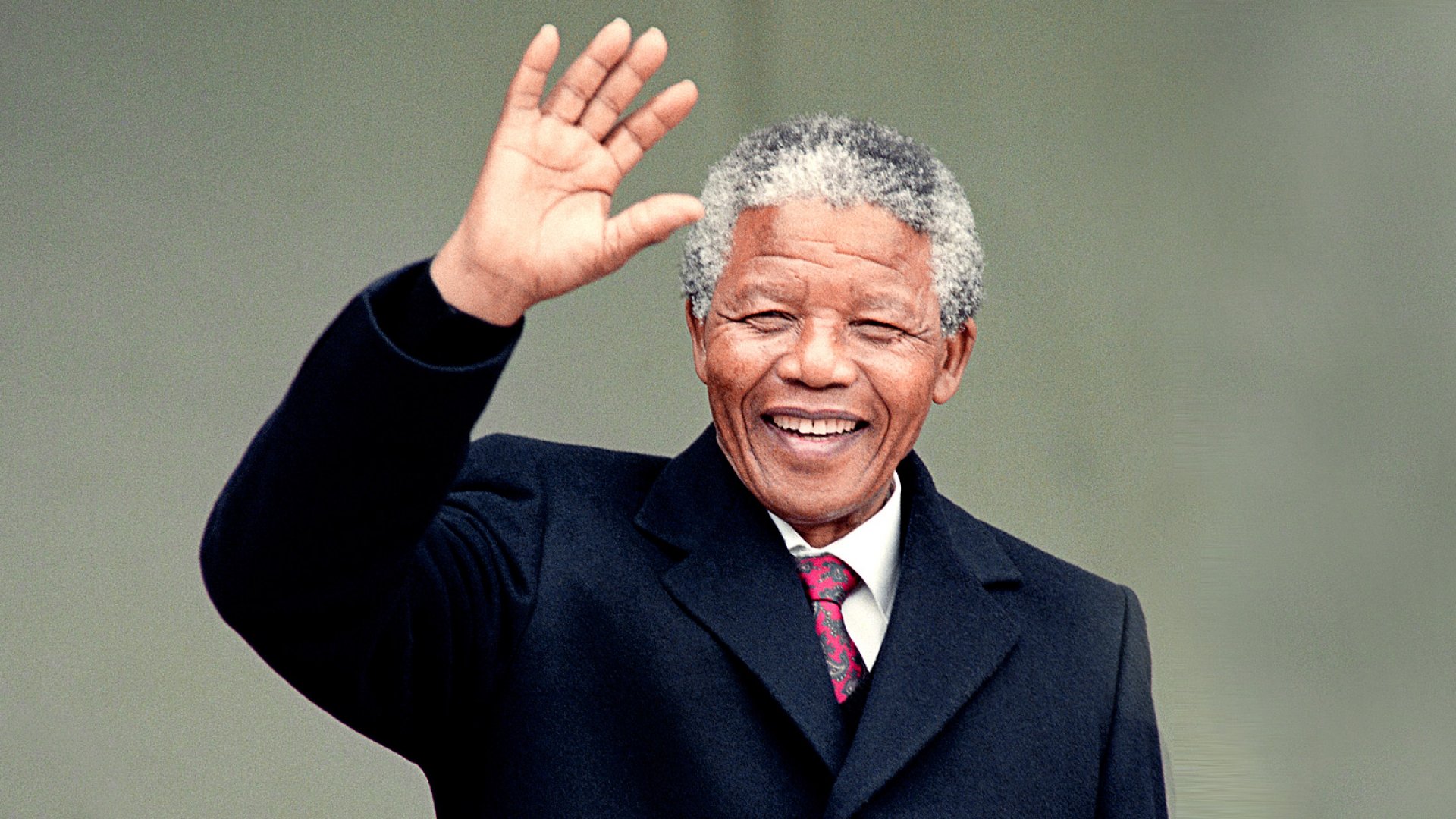 Considered to be the Gandhi of South Africa, Nelson Mandelas story has resonated around the world. From his arrest to his release, the world prayed for this great man who stood up against apartheid and languished in prison for 27 years. He became the first black President of South Africa and worked towards removing racism from the country. He was and continues to be one of the biggest role models for people fighting against bigotry.

One of the greatest champions in the sport of cricket, Sachin Tendulkar is an amazing role model to have for many reasons. One such reason is his humility. Even his fiercest rivals swear by how gentlemanly Sachin Tendulkar is on and off the field. Throughout his career, he broke and set so many records that may remain untouched for a long time. Today, he is serving the people of India by becoming a Member of the Rajya Sabha. With him as a role model, you will do great in life even if you achieve some of what he has achieved. 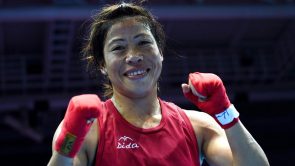 She is not just an inspiration to women, but even men. This is a woman that loves to face challenges head-on and achieve her dreams. She has the world record of being World Amateur Boxing Champion six times. She has won gold in the Asian Games and bronze in the Olympic Games, along with countless more medals and trophies. She has been a subject of a feature film as well and continues to inspire millions of young women and men. Magnificent Mary is truly a great role model to have. 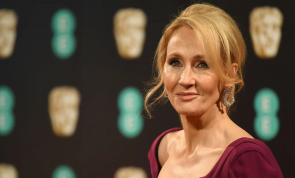 Joanne Kathleen Rowling has inspired a whole generation of children to become avid readers. Famous for writing the Harry Potter series, J.K. Rowling had become a billionaire. However, since then, she has donated a lot of her wealth towards good causes, and is one of the most inspirational philanthropists of the U.K. Students who have a dream of becoming writers and authors should consider her to be their role model. 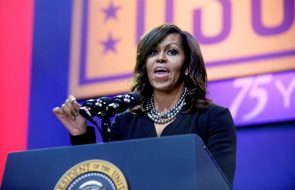 Breaking away from the usual role of doting First Lady to the President of the United States, Michelle Obama went to become one of the most admired women of the decade. She took on the role of activist and put her weight behind many good causes. One such cause was obesity among children. She continues to do great activist work and is even touted to be a future President of the US. Now, if that doesnt make one a great role model, what will? 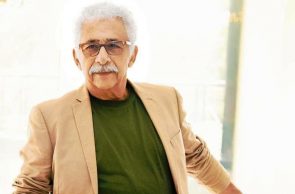 One of the most decorated actors in India, Naseeruddin Shah is an inspiration to millions. He did not come from a film family, as is the norm in Bollywood, but still managed to carve a niche for himself in parallel cinema. His work won him many accolades and meaty roles in Hollywood films as well. He played Captain Nemo in The League of Extraordinary Gentlemen, which was an international hit. He continues to act but is also an outspoken activist, lending his support to many causes. He is a role model for people who want to get into completely different fields but dont have the background or support. If Mr. Naseeruddin Shah can do it, so can you. 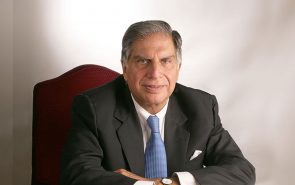 One of Indias greatest businessmen, Mr. Ratan Tata is the man responsible for Tata Group being one of the most successful business groups in the world. He has been honoured with the highest civilian honours in the country and continues to be a generous philanthropist. Under his guidance, Tata Group forayed into many industries and became the leader of those industries. He even gave the world the first car that cost only 1 lakh (less than $2000). Known to be a man of his word, Mr. Ratan Tata is an amazing role model to follow for people interested in business. 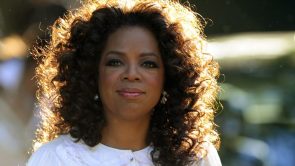 From being a victim of childhood abuse to being the most powerful woman in television history, Oprah Winfreys journey makes her the perfect role model. She started as a reporter and went on to have her talk show. She changed many lives with her talk show and grew into being an influential media personality. Today, she has her own channel, the Oprah Winfrey Network, and continues to do a lot of philanthropic work in the poorest regions in the world. 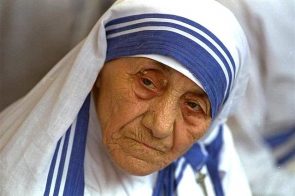 Some people give money, some people give time, but very rarely do people give their whole lives for charity work. This is what Mother Teresa did. The woman behind the organization, Missionaries of Charity, Mother Teresa saved many destitute people from certain death on the streets of Kolkata. She has also been granted sainthood by the Roman Catholic Church based in Vatican City. Now, this is an amazing woman to be inspired by, and the best role model to have for people who want to help their fellow man. 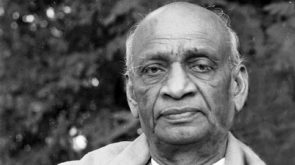 The Iron Man of India played a huge role in the freedom of the country and the development of India. Sardar Vallabhai Patel was instrumental in creating the independent and united nation we see today. He united many warring states under the identity of India through his role as the countrys first Deputy Prime Minister. His politics of honesty and integrity has many followers. Today, in his remembrance, India has built the worlds tallest statue and named it the Statue of Unity. If politics is your end goal, be a politician like Sardar Vallabhai Patel. 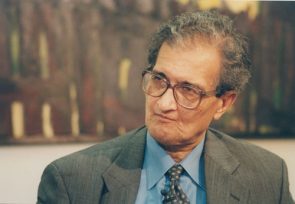 Who could be more inspirational than a Nobel Award-winning economist? Amartya Sen has brought a lot of glory to the country by doing exceptional work in the field of welfare economics. He has been a professor at many esteemed universities across the world and is one of the most decorated sons of the soil. He is just an amazing role model to have for those interested in economics and other related subjects.

Why Its Important To Have Role Models For Students

Students are young and are still learning about life. They are impressionable and will copy things that attract and impress them. Therefore, they need to have good role models in life so they can emulate them. Their youth is the right time for them to be set on a good path which will lead to success and lifelong happiness.

1. Motivation – Role models are great motivators. Most role models have seen the worst of life, and have emerged from that situation. Students can take motivation from this and know that they can also emerge from any bad situation to succeed.

2. Career Path – If a student chooses a role model according to their desired career path, they already have an example to follow. They can try to make their career the same way their role model did, instead of wasting time trying different things.

3. Focus – Role models are like an aim. Students can stay focused on them and the career they represent. It is quite easy for a student to lose focus as many things are happening in their lives, but the presence of a role model brings in focus.

4. Character Development – If a student has a good role model, who is also a good human being, it will have a profound impact on their character. They will pick up the good characters of their role models and make it a part of their persona.

5. Skill Development – Students also try to emulate their role model’s special skills. Suppose a student has a role model who is a successful businessman. That businessman is an avid footballer. It is highly likely the student will also show an interest in football, which is a great sport to develop fitness and stamina.

You dont have to exactly be like your role model but aim to get as close as possible to their success and persona. Remember, your role models are also humans and can have their flaws. But you have to be responsible and only choose the good. As seen above, there are many reasons to have role models, and there are some amazing examples as well. Choose a role model that will lead you to your desired career. However, also be sure that your role model is a good, ethical person. And someday, some student may choose you as a role model to follow

ASM's Institute of Business Management & Research, Pune was established in 1983. It is affiliated to University of Pune. It is a prominent institute for higher education in the state of Maharashtra.

Reasons Why ASM’s PGDM Is The Perfect Choice For Aspiring Business Professionals? 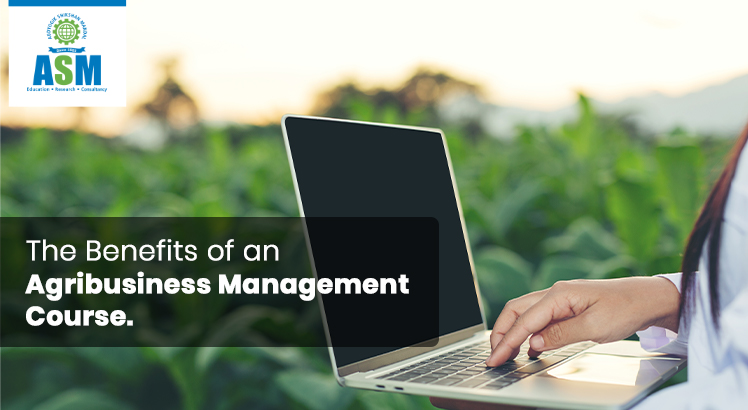 The Benefits Of An Agribusiness Management Course

Do you have any doubt regarding the admission process, program or anything else? Fill in the below form, ASM's IBMR team will get back to you shortly.